Another milestone for the EMP success story out of IndustriePark Lingen

Great news with global impact for the business location Emsland: EMP, Europe's No.1 e-commerce company in rock, entertainment and merchandising based out of Lingen, Germany, gets a leading role in the international digital distribution activities of one of the world's largest music labels with the promotion of EMP CEO Ernst Trapp to President Global E-Commerce & Retail at WEA, the label and artist services division of Warner Music Group (WMG).

Trapp, CEO since 2013, will continue to manage operations at EMP in this role. Effective immediately, he will additionally lead WEA's global e-commerce efforts, including direct-to-customer sales and artist web stores, in the position of President Global E-Commerce & Retail, reporting directly to WEA President Maria Weaver in New York. The move will centralize the company’s worldwide e-commerce strategy under Trapp’s remit as part of several executive changes rounding out WEA's leadership. Weaver commented, “It’s incredibly impressive the e-tailer powerhouse that Ernst has built EMP into, and there’s no one better suited for this role at WEA. He knows how important successful direct-to-consumer initiatives are in strengthening an artist’s brand and increasing fan loyalty, and with him at the helm we’ll be able to unify our global approach to better serve both the artists and the fans. WEA is poised to super-serve the artist/fan relationship.”

Against this background, EMP was the logical choice: After all, the motto By Fans For Fans has been a cornerstone of the company's philosophy from the beginning and has made a significant contribution to its three decades of success. In his new role, Trapp will continue to work with teams around the globe working collectively to deliver unique campaigns for artists and fans.

In 2018, WMG agreed to acquire the company, with EMP remaining a stand-alone direct-to-fan unit headed by Trapp and CFO Jan Fischer. Under their leadership, the company operates a network of websites from Lingen, serving 18 European countries with a community of millions of customers, and a fast-growing paid loyalty program, the EMP Backstage Club. Trapp added: “It’s been a pleasure to be a part of the WMG family for the past four years through EMP, and I’m happy to now have the opportunity to work even closer with the team as we put our focus into our e-commerce efforts. In today’s rapidly advancing digital world the opportunities to connect fans and artists are endless and I look forward to tapping into all of them. I’m grateful for this opportunity and also want to thank the EMP team for all of their support and hard work.”

Throughout his career at EMP, Trapp has worked with globally renowned bands such as Twenty One Pilots, Panic! At The Disco, Metallica, Guns N’ Roses, and Nirvana, as well as major entertainment brands like Disney, Marvel, Star Wars, and Harry Potter. In the past, he held leadership positions in the fields of e-commerce and marketing at Amazon, Holtzbrinck Publishing Group, KPMG, and leading German insurance group, ERGO Group AG.

The appointment of Ernst Trapp to the top team around Maria Weaver is yet another milestone in EMP's success story and once again highlights the international stature of the e-commerce experts from Lingen. 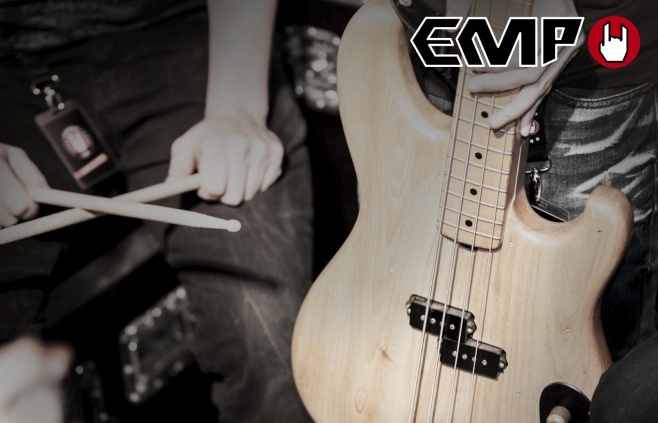